HOW DID JOHNNY ESTRADA DO TODAY? Among its many virtues, baseball allows for the possibility of perfect individual achievement.

Sure, a football team can score a lot of points, or its quarterback can throw well, but there is always more that can be done. A basketball player can make every shot he takes, but, still, he could always have taken one more. There is no such thing as "flawless" in these sports.

But when a baseball pitcher allows no hits, or pitches a perfect game (a word which appears nowhere in the lexicon of any other sport), well, that's a level of individual accomplishment that is rare, precious and wonderful to behold. 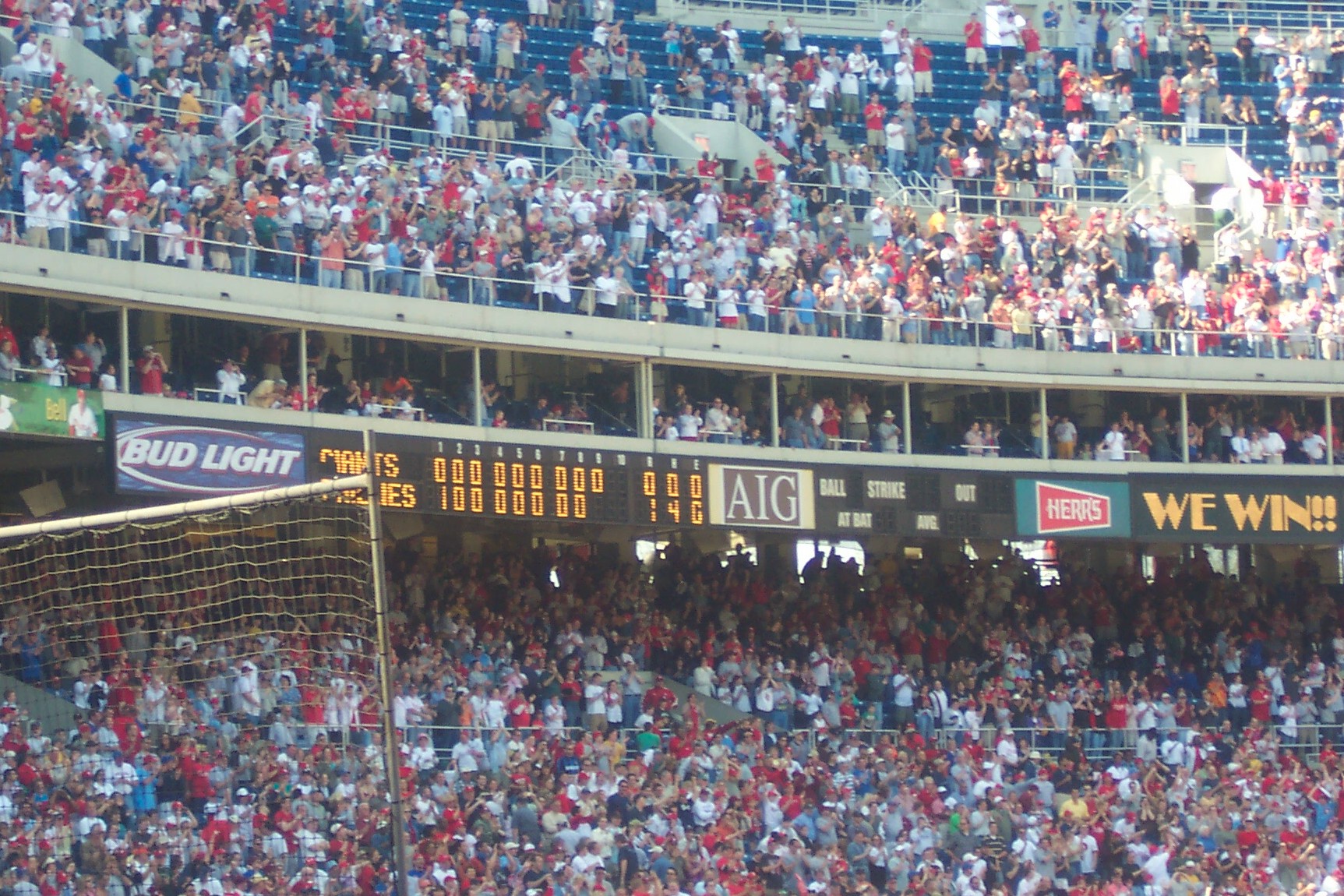 All of which is to say that I had a hella good time at today's Phillies game, with Kevin Millwood pitching a complete game no-hitter over the San Fransisco Giants, winning 1-0. It was a tense, exciting, beautiful game, the kind of thing I think you appreciate more the older you get, since you understand how rare these things can be. There were kids at the game today for whom this was their first Phillies game, and I hope they realize it isn't always going to be like this.

It was not the first no-hitter I had ever attended -- back in 1991, I saw White Sox rookie Wilson ("Uncle") Alvarez's blanking of the Baltimore Orioles during the last season at Memorial Stadium. Interestingly, both Millwood and Alvarez had to face Hall of Famers in getting through the day -- Cal Ripken Jr. back then, Barry Bonds today.

I first realized Millwood was working on a no-hitter back in the 4th inning. Each inning, it grew more and more real, and by the 7th, every fan in the park realized what was going on. The fans in the cheap seats already had 9 K's up on the Mill-O-Meter, and with each out the cheers became louder, but at the same time, more anxious. This is Philadelphia, after all, and we don't tend to follow through when hopes are raised. 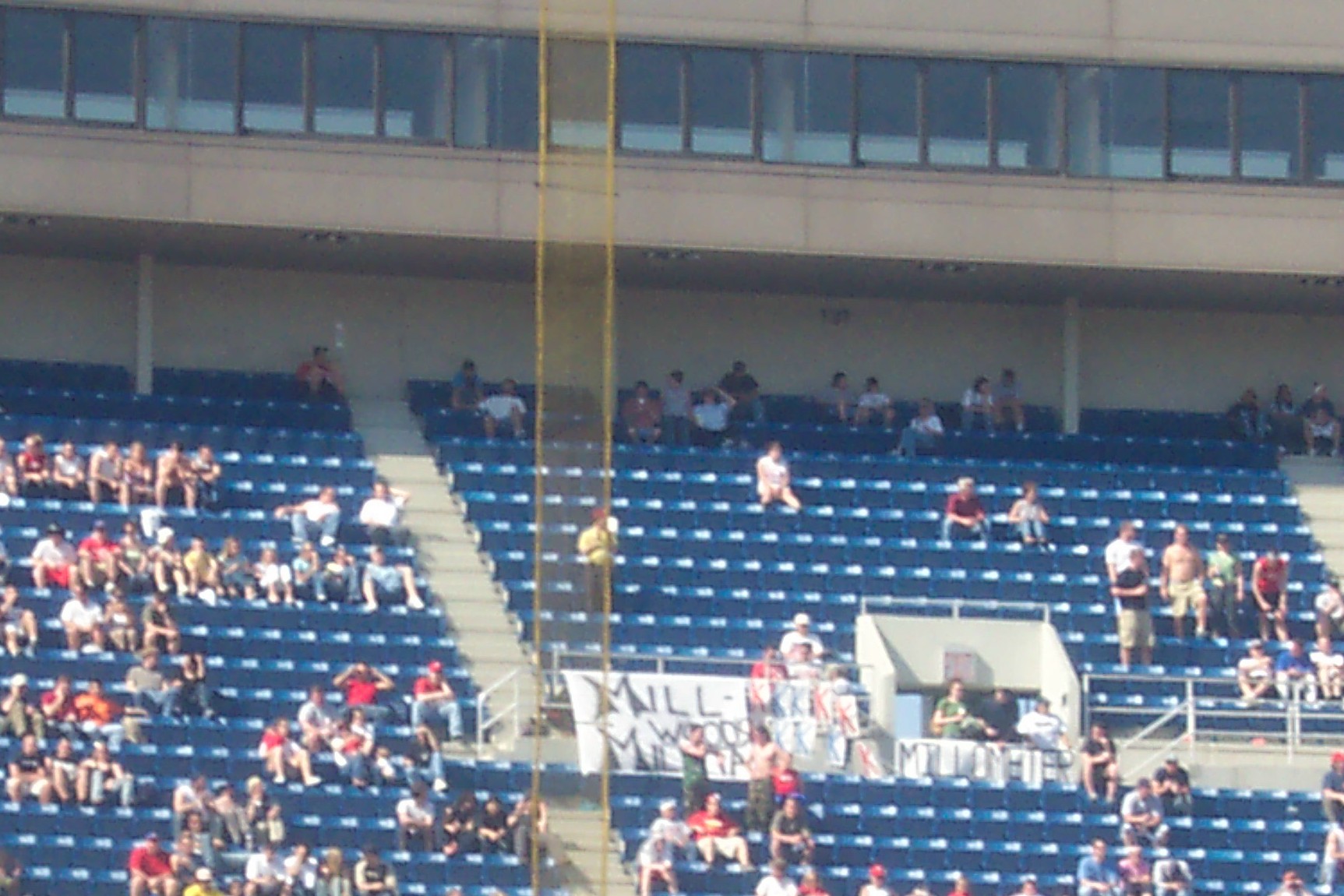 Bonds had his last at-bat in the 7th inning, a strikeout looking. Three straight fly outs in the 8th, and then the 9th, oh, the 9th -- all excitement, but still, a lot of tension. It was, after all, still a 1-0 game against the best team in the National League. Two ground outs, a walk, and then Marquis Grissom hit a deep fly to center field. Ledee chased it down. Game over. 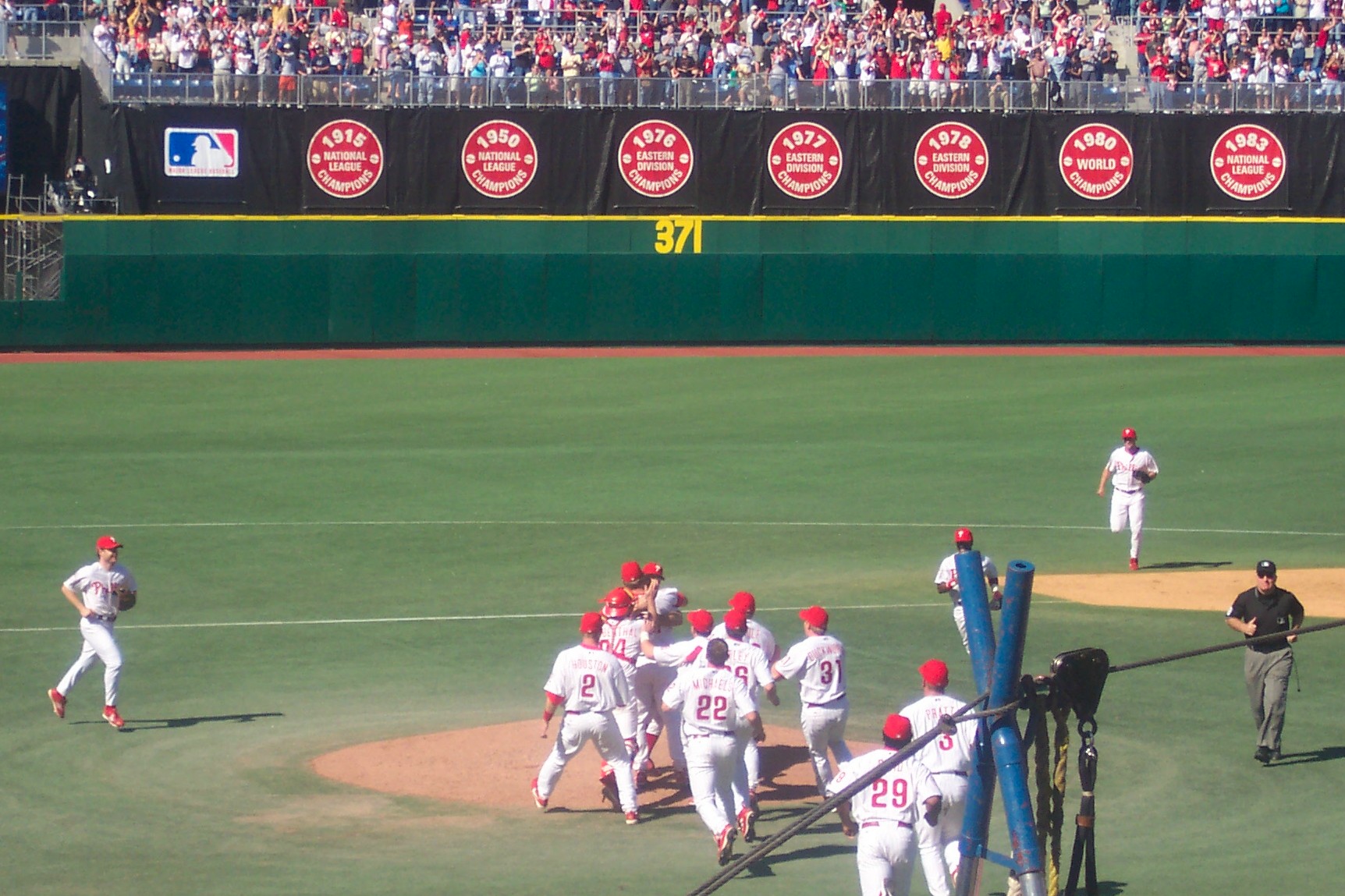 Man, am I glad I've learned to use the digital camera. This is going to be fun. Did I mention it was the Phillie Phanatic's 25th birthday today? 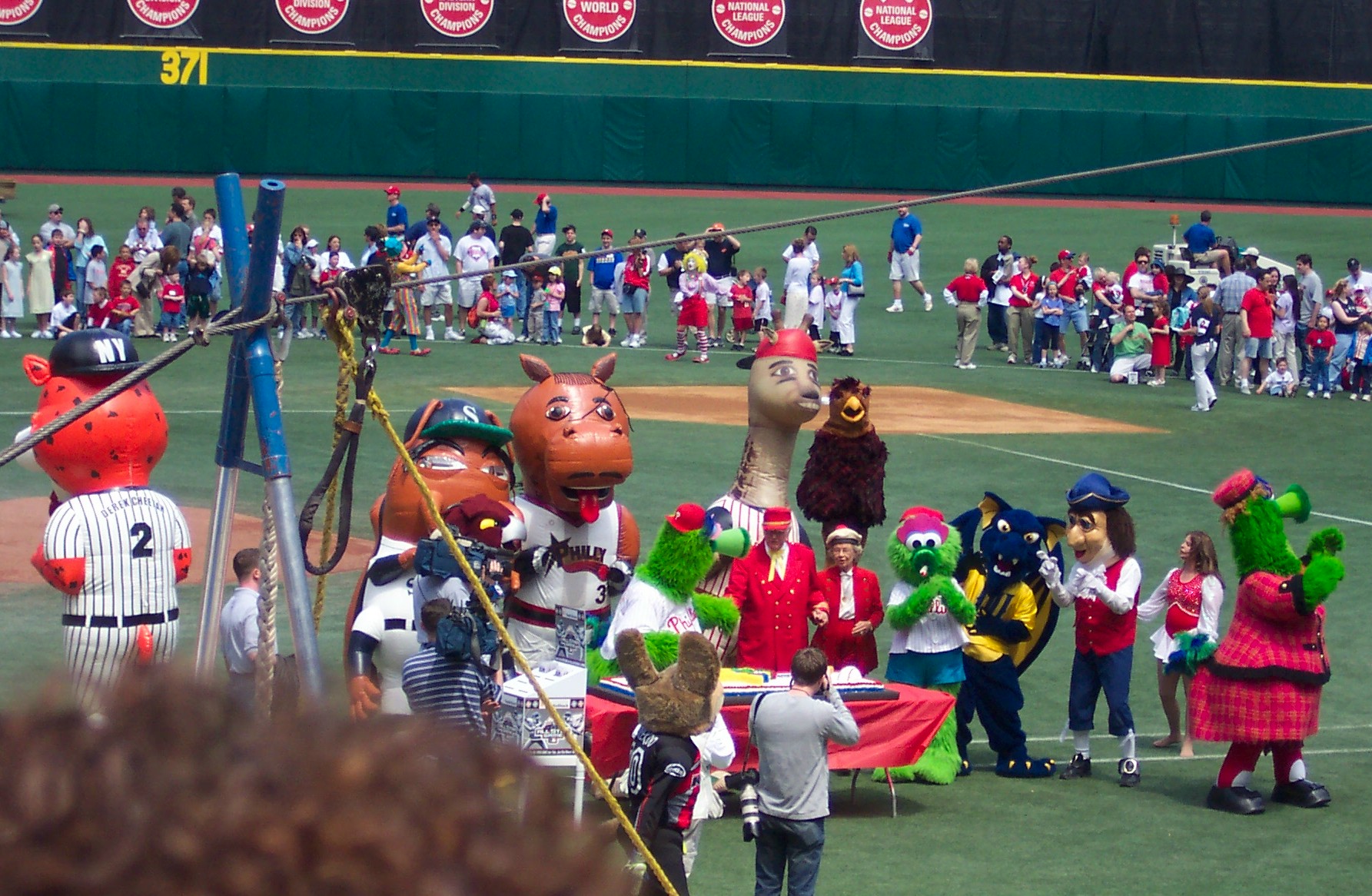 Lawyers often say res ipsa loquitor -- the thing speaks for itself. But this one requires a little elaboration.

The Phanatic -- well, read here. He is what he is, whatever he is.

(Click on pictures to enlarge. I'll try to keep this to a minimum; I know a lot of people have slow connections.)
Posted by Adam at 9:42 PM